There’s nothing that compares to a Brooklyn, New York gala — live band, gourmet food, beautiful venue — everything needed for a first-class celebration. On December 2, my cousin, The Very Reverend Father Eugene Pappas, Archimandrite, was honored at an elaborate and festive gala held in commemoration of his 50 years of service as a Greek Orthodox priest, and 35 years as priest at Three Hierarchs Church in Brooklyn. To say that I was delighted to be there is an understatement; this was an event to be long-remembered and I was thrilled to be part of it.

Nicholas Leon Pappas (Father Eugene) is the son of Pauline Drivas and Leon Pappas (Papagiannakos). He and his siblings, Konstandinos and Georgeanne, were born and raised in the Sheepshead Bay area of Brooklyn, in the center of a thriving Greek-American community. Although he studied law, Father Eugene had deep desires to become a priest. The family name “Papagiannakos” indicates that in the past, a man in the Giannakos family became a priest (παππάς – papa) — thus, forever changing the surname to indicate this honor. Father Eugene told me that he felt, from childhood, that he was destined to be a priest and to carry on the tradition initiated by our ancestor. He was ordained into the priesthood in 1965.

Father Eugene began his ministry in South Korea as the First Foreign Missionary of the Holy Archdiocese of Archbishop Iakovos. In 1969, he opened an orphanage and worked in a boys’ home. His service in South Korea helped pave the way for the Orthodox Christian Mission Center of the USA. Along with South Korea, Father Eugene served in many foreign posts including Japan, the Philippines, Switzerland and Greece. Upon returning to the United States, he became pastor in the faith community where he was baptized, raised and educated.

Father Eugene’s service is not confined to either religious causes or his parish. He is a renowned civic activist and public speaker and is esteemed by civic and faith leaders of all political affiliations and religions. As scholar educator, he has taught Orthodox Theology in the Roman Catholic Diocese of Brooklyn/Queens, and a special commemoration was held for him by the Catholic community. He is lauded for his leadership and participation in public causes and numerous community initiatives. The walls of his office are lined with plaques, degrees, and honorary citations.

As a man of the times, Father Eugene uses today’s media to exhort and educate audiences far beyond Brooklyn. For the past 18 years, he has hosted a radio program, “Matters of Conscience” on COSMOS FM every Saturday from 1 to 2 P.M.

Father Eugene broadcasting at Cosmos-FM studios. His radio program, Matters of Conscience, has aired for 18 years.

He also has a presence on YouTube. This interview gives a brief perspective of his influence in the community:

Despite a schedule that would wilt an ordinary man his age, Father Eugene takes time for the individual. During a recent visit to his office, he paused our discussion to minister to a stranger who walked in off the street and asked for a blessing. His love of family has broadened to a passion for learning about his family history. We have shared many stories, photos, and discussions of our ancestry–much to our mutual delight.

This Saturday, I will be Father Eugene’s guest on Cosmos FM, and we will be discussing Hellenic genealogy–the rewards, the challenges, and how to get started. The radio show will be broadcast at this link, beginning at 1:10 PM Eastern time:  http://www.cosmosfm.org/podcast/.

Along with the many religious and civic dignitaries who have honored this man, I add my voice–thank you, Father, for your faith, your service, and the honor you have brought to our Papagiannakos/Pappas family. 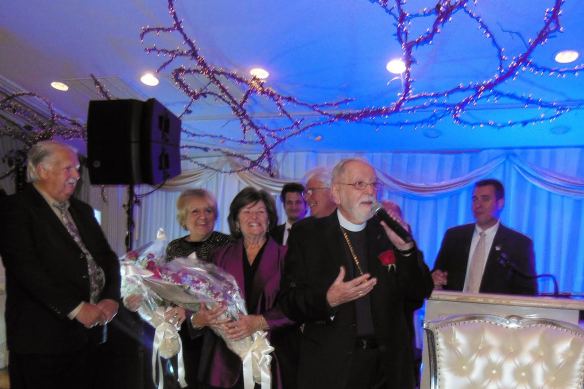 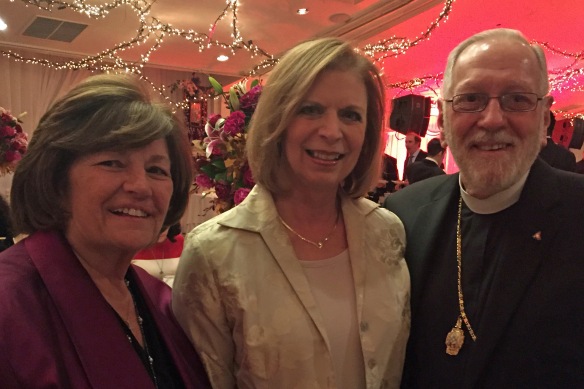 Father Eugene receives a gift from the parishioners of Three Hierarchs Church — a trip to anyplace in the world he wants to go! Brooklyn, NY, December 2, 2016

This site uses Akismet to reduce spam. Learn how your comment data is processed.